During a ‘time out’ from working on my WIP (“The Reluctant Savage”) my mind began its wandering and somehow settled on some of the world’s more problematic issues – at least, from the perspective of someone living in the USA and being bombarded each day with unsettling news from far away places, news of Syria’s internal devastating turmoil, of Iran’s new leadership and how it might hold some slight promise for relieving old angers and hatreds, news of a North Korea that seems always deleterious and scary…

I reached for my laptop and began to type this rather small piece that became a fanciful story. I decided at its conclusion that it had some ‘nuance’ here and there and decided to give it a title, “A Parable of Sorts.” I’m posting it here because I’m a writer who can hardly ever let anything I write, good or bad, go to waste. Hopefully, this little tale will not be too disconcerting to the senses. With this said, here’s the tale…

“A Parable Of Sorts”

Sasha begged him not to go. “You belong here with me, Leonid. The battle is within you, not with North Korea. What of us?” She tugged at his tattered coat.

He smiled benignly, “You’re a lovely and silly girl. You do not understand the reality of our time. To stay would be to defy my beliefs, my convictions, and, yes, my anger and hatred.”

“You would die for these beliefs and convictions, this anger and hatred?”

“You brought me here to be left alone in a strange country?”

“Hong Kong is not a strange country, foolish one. We’ve been here sometime now. You know many of our native people. Go to them when your money runs out. Stay with them. Should something go wrong, I will return for you.”

“Please, Leonid, you go to die and you know it. You’ve told me of your plans. You go on a suicide mission. I’ve begged before and I beg of you, now, please stay!”

At the door of the small efficiency apartment, Leonid paused with his hand on the door knob. His dark eyes and handsome face held a strange and wistful look. He removed his hand from the door knob, returned to Sasha where she stood by the tiny dining table. “You are so beautiful, my blue-eyed wonder.” He embraced and gave her a long passionate kiss.

He then quickly twisted her head until he heard the snap. The lips were still in a half-smile as her head dangled and fell to his right shoulder, her blue eyes large and vacant in their death stare. In a whisper, he spoke, to the face he had loved, “Better you go this way, my dear Sasha, than to linger in life’s pain. You cannot know but I did love you.”

Leonid gently lowered her body onto a soiled stuffed chair just a few feet from the dining table, gazed upon her splayed form for some seconds, then slowly left the apartment. Tears welled but he willed them away, a final and essential part of his being had snapped and was forever lost to him.

Night, reluctant to shed its vagueness, was slowly showing its lightened eastern clouds as the sun gave way to earth’s perpetual orbital pattern. Leonid walked in the shadows along streets leading to the Kumsusan Memorial Palace. It was still quiet in this city known as ‘Flat Land’ in its translation. In his backpack he carried explosives with timer mechanisms that he would plant at key buildings. The explosive carefully strapped to his body he would save for the KMP.

His father, mother, and brother had been ruthlessly killed here in Pyongyang in 2012 by a squad of government gangsters of the ‘People’s Republic of Korea.’ His family was shown no mercy as they were chopped to death by machetes, labeled spies against the state. Four hours later his older brother and sister were pulled from their lodgings, beaten, and then chopped to death. The government squad had no ears to listen to his family’s protests of innocence, their legitimate reason for being in the ‘Flat Land,’ their labored cries of mercy.

Pyongyang’s government never wavered from their ill-gotten information about his family. Never mind that his mother had pleasantly refused to cater a special luncheon for the squad and their friends, the sole event and motive that brought the hatred and the killings. Never mind that his sister would be raped before she was chopped. The killings were all justified, each query quashed and forgotten by the government.

His marriage to Sasha prior to the family murders made home life an hourly ebb and flow of emotions. When sleep would come there were the hellish nightmares, waking, screaming the names of his dead family, his body slick with sweat and tears, Sasha clinging to him, sobbing, trying desperately to slay the night-dragons that possessed him.

Then came the job loss and it was as though the people of Hong Kong could see the rage in his eyes, the stench of hatred from his body. He became a man avoided and feared. Sasha tried to get him help, would set an appointment for him to see someone who might be able to help him, but he would not arrive at the set time. Sasha was the only person in the large city who could give him moments of relative calm, but then those times of surcease became fewer and fewer.

He would not bathe nor shave, only when Sasha would run his bath and physically pull and push him to the tub and wash and rinse him. For those few precious moments Sasha could almost sense some warmth come to him…but it never lasted long. The strange hatred that occupied him never resulted in personal damage to her. She did the talking, asking questions of him, and he bluntly answered the questions – until the fateful day he killed her! It was only some modicum of revenge that would fulfill what was left of his putrid life…

As he walked in the shadowy stillness, a voice came to him from an alleyway just a few feet away: “Leonid, I must talk to you. Come walk with me in the alley.”

Leonid stopped, momentarily startled…no one knew his name, knew that he was here in Pyongyang. “Who speaks my name?” He braced himself against a building corner near the alley, moving his hand near a detonator that would vaporize him and much of the immediate area.

“A friend, Leonid. Please come these few steps and talk to me. There is no harm intended. We will talk, and you can do then what you will.” The voice had a calm and soft cadence, and Leonid knew that the man spoke the truth.

Leonid walked a few feet into the alley until he saw a man’s form. What struck him were the man’s eyes. They glowed in the semi-darkness, matched the tenor of the stranger’s voice. Oddly, Leonid was not afraid of the stranger and walked some fifty feet further down the alley, stopping when the stranger sat on a wooden crate. The stranger bid Leonid to sit on another wooden crate nearby.

“How is it that you know me and what do you want?”

“I’m just a man who knows the pain you carry within you and the mission that you are on.”

“How could you possibly know such things?”

“I have been with you all the way from Hong Kong, Leonid, mourning with you the loss of your beloved Sasha.”

“I killed her! With these ugly knotted hands, I killed her. How can you know this, Tell me who you are and why you are here, or, I will…”

“Leonid, just a few questions I have and you can be on your way.” The stranger’s voice was mesmerizing, measured in softness and tone. “Why is it, Leonid, that we are here on this spinning orb we call earth?”

There was rapture in the stranger’s voice that commanded a response. “We are here to live in parables and to die and be no more.”

The stranger’s eyes seemed to glow more brightly and the long beard he wore was a pellucid whiteness that seemed somehow unearthly. Leonid quickly considered whether of not he was awake or in a dream.

The stranger spoke. “So, why is it that the moon falls from the sky, the sun does not bring us daylight, and birth has no precise process to follow?”

Still taken by the stranger’s soothing voice, but a bit nonplussed, Leonid responded. “But you know that is not so. What is your motive here?”

The stranger seemed not to hear the question. “Why is there no evil and good in the world?”

“Stop confounding me with your Socratic silliness. Of course, there is evil and there is good in the world.”

“And why do you think that is so?”

“You speak His name as though you know him, Leonid. Do you know God?”

“Yet, you say He knows about evil and good.”

“Look, your aura wraps me in some kind of spell and I seem compelled to listen to your words. Please tell me what it is you wish me to know.”

“One last question, your response, and I will say my final words to you. “Did you truly love Sasha?”

“Of course, with all my heart I loved her, but my heart and soul is heavy with grief and hatred.”

“Yes, yes! How else can I answer such questions?”

“You can answer such questions by having Faith that there is more to come beyond this life, by believing that evil only spreads when good people are paralyzed by anger, fear, and hatred. To Love is to have Faith. To have Faith is to have Love. These noble elements of living decide our ultimate destinies. People have choices to make all their earthly lives. They will not always make the right choices, but Faith and Love will make all the wrong choices bearable and inconsequential when the last grain of sand is gathered.”

As more light came to the alley Leonid thought that he understood what the stranger was saying to him. He wanted to say something but no words would come.

The stranger lifted himself from the crate and stood in front of Leonid. “May I touch your head, Leonid, so that it might bless you?”

With tears now flowing, Leonid merely moved his head downward. The stranger touched his head. Leonid sensed warmth on his head and a coursing flutter through his body. Then, the hand left his head.

When Leonid raised his head, the stranger was gone and daylight streamed throughout the alley.

When Leonid awoke, his head was on his own pillow. He was gazing at the adjoining pillow into the wondrous blue eyes of his beloved Sasha, a sweet smile upon her face.

“You look different somehow, my love. Do you still intend to carry out your vendetta against North Korea? Please say that you will not.” She wrapped her arms around his neck and pulled her face to his chest.

“No, my precious love, there will be no vendetta, not ever…” Leonid tightly wound himself around Sasha and gave her a long and tender kiss. “I’m torn,” he said, “making love to you, or, bacon and eggs?” He paused only briefly, “Oh, to hell with the bacon and eggs…”

Please follow me here on my blog and at http://twitter.com/brchitwood

There is a short bio sketch and further links at: http://www.about.me/brchitwood

My nine books can be previewed at: http://goo.gl/fuxUA (Just scroll down the page) 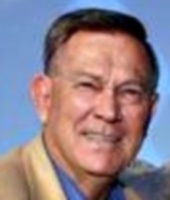 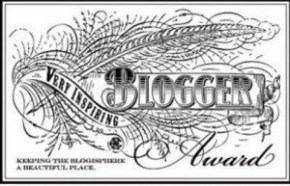 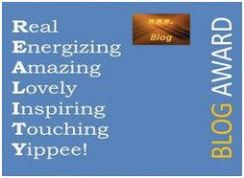 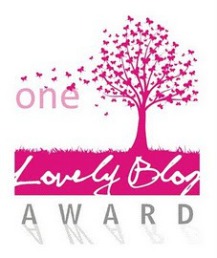 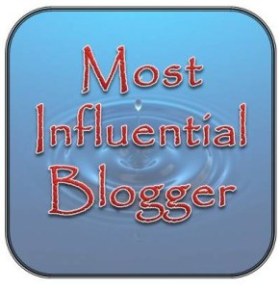 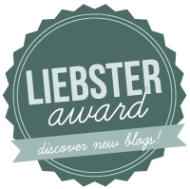 6 thoughts on “A Parable Of Sorts”