Ryman Auditorium And Other Memories

Born in East Tennessee among the strings and twangs of country music, imitating the pleasantly nasal sounds of the great Roy Acuff, George Jones, Hank Williams, all the great performers who performed on stage at the Grand Ole Opry, I never visited the Ryman Auditorium in Nashville through my adolescent years. Instead, Mom took me to Knoxville’s WNOX radio station’s Mid-day Merry-Go-Round and to Saturday night’s Tennessee Barn Dance. These shows, created and hosted by Lowell Blanchard were in essence the training ground for eventual stars of the Grand Ole Opry in Nashville, stars like Roy Acuff, Chet Atkins, and Archie Campbell (‘GranPappy’). I remember Bill Monroe from Western Kentucky appearing on these shows with his popular ‘Blue Grass’ music. In my memory the Knoxville radio stations WNOX and WROL stayed true to their regional roots in country music while the Grand Ole Opry would become more progressive.

Country music had a vast audience and there were those who cared little for it. Me, I was born in the environment, watched some of my friends gather and ‘make music’ under a tree on starry nights, with crickets backing up their guitars, fiddles, and mandolins. My instrument was my voice. Although shy I warmed up to the music and sang, mimicking the twang voices of my early country singers and heroes. Chording on a guitar was about as good as I would ever get on the guitar.

Now fast forwarding to Thanksgiving week of this year, six lovely people of our family visited wife Julie and me here on the Cumberland Plateau in Middle Tennessee…son Rick, daughter-in-law Angie, two bee-yute-ee-ful former Baltimore Ravens grand-daughters Chase and Paige and their spouses, Bryan and Rob. On their ‘want to do’ list was to visit Nashville, the Ryman Auditorium, and some of the popular neon honky-tonks in MusicCity. 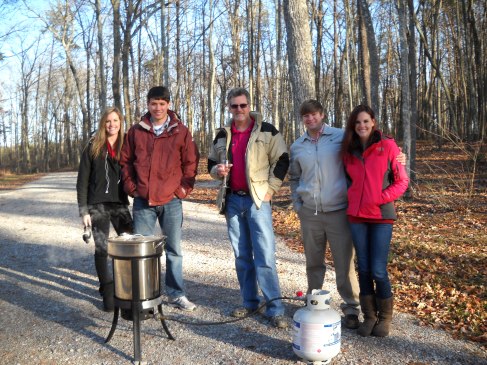 Nashville, Tennessee is beautiful and MusicCity is likely humming seventeen of the twenty-four hours of any day. After carefully finding our parking space within easy walking distance to all the many sites, we first visited the Ryman Auditorium. We sat in the acoustically superb auditorium and listened and watched a historical perspective piece presented by Trisha Yearwood, while people closer to the stage waited to get their pictures taken with guitar or banjo in hand… Some even sang a song for their family’s recording. We then went on a tour of the entire facility, visiting various dressing rooms of Opry’s stars, their pictures lining the walls, and finally on the stage where so many greats entertained us in the past – Johnny Cash, Dolly Parton, Hank Williams, Elvis Presley, The Everly Brothers, even Bob Hope, Richard Nixon, and many other distinguished entertainers and celebrities. Pictures were taken and we finally took leave of Ryman for the shopping and honkey-tonks in the area. 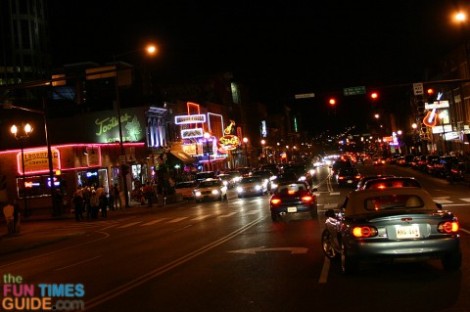 Rick and I chose not to go shopping and sought the warmth of The Wild Horse Bar where we drank a large souvenir glass of beer, watched the crowd, waited for the family members to join us, and talked about what we had seen at the Ryman Auditorium and about family members not with us. The girls and boys ultimately joined us and had their own souvenir drinks. Our time there among the crowd and noise was special. After taking many pictures, we finally had our souvenir glasses, fruit-jars, and mugs packaged by one of the courteous bar ladies and we left The Wild Horse.

Julie and I decided to adjourn to the van and let the kids go off for just a bit more honky-tonk hopping on their own. It was not long before we were back on the freeway headed back to the Cumberland Plateau. At home, we watched the Baltimore Ravens beat the Pittsburgh Steelers 22-20 amid Rick’s sometime boisterous encouragement. All in all it had been a most joyous day, a definite ‘keeper’ for our memory vaults.

Upon their departure the next day, the void left was palpable. Even George (our cat) cried at their leaving. Julie, George, and I settled back into our routines, blessed by the visit of family and the memories they brought.

As far as country music, it is still an amazing medium to capture moments of the heart and soul. For me today, however, I listen mostly to the soft melodic sounds of balladeers and the poignant movements of Bach, Brahms, Hadyn, and the classical masters. I’m not sure what that necessarily means – a country boy who loves both the music of his youth and the precise music of the past.

7 thoughts on “Ryman Auditorium And Other Memories”