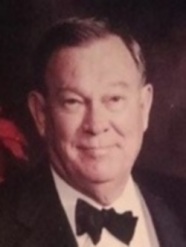 “I fear the day that technology will surpass our human interaction. The world will have a generation of idiots.”

Okay, perhaps it is natural that an aging crustacean (as in ‘Crab’!) like me should be writing a post like this…you know how we are: grumpy, bitching and moaning about this and about that. But, know what? We have never been here in this place!

This place in the chronology of humankind! This place where cell phones are accessories to killing people on our streets…this place where a romantic dinner is interrupted by the musical chime-ring of the latest ‘carry along do-it-all’ world data gatherer and communication gadget that everyone just has to have – sort of like the past when we tried to keep up with the Jones or Smiths…this place where the intellectually informed folks who maybe ought to know what is happening in their country and world are not making the rounds so much…this place where the new games on these weirdly-wired gadgets show the blood and gore of our imaginary kills…

You know this place of which I speak, and, yes, technology has its upside – the dictionary is there in your pocket or your purse to check the big word someone used while trying to impart something boring and unimportant.  That little gadget can allow you to really blast someone you do not like, call her/him names, make threatening and obscene remarks, and you can even do it anonymously. What a sweet deal! You can be the bully without getting punched in the nose!

Oh, there are a few who are not so addicted to this great technology of ours that they have time to see armies clashing around the world…they have time to see the ineptness of our own government in forming goals and objectives for countering the new world of terrorists – or, should I be politically correct and say ‘radical Islamists’? Well, you know of whom I speak, those creepy crawling bugs that have been around for thousands of years spewing their hatred and genocidal actions, vowing to kill all infidels and to rule the world… Yes, those of you playing your monster games, these terrorists are infiltrating our countries, our cities, and the minds of their youth, finding it easier and easier to corrupt and dislodge great historical principles and wisdom, ‘shredding’ documents and laws by which generic man has lived in hope and security.

We have made a few blunders in our living… We have given too much to those who would wish us harm and death. We have misread the tea-leaves of history too often. We have made noble efforts to make our country and the world a better place. Despite our blunders, we are the bold and the good of everyman. Are we now to somehow prove to the world we were frauds in our ideals? Damned tootin! I’m talking about America, the greatest nation on earth. We all thought that was the case. Are we not still? All countries in the world look toward our shores, many relying on us not only for support, monetary and otherwise, in their times of crises.

We got to this place somehow, maybe through all the doubling and re-doubling of knowledge that brought us tremendous growth in technology – and those cursed chatty cell phones…wonderful inventions but easy substitutes for our real selves. Scientific knowledge and technology are good but it seems in so many ways we are making them bad. This place in which we find ourselves can be very scary and depressing. We need government leaders of grand vision and wisdom who can ignite that greatness that I felt and saw during the greatest generation, leaders who do the peoples’ business without posturing and wavering with the tools Science and Technology have provided. We do not have to stay in this place! We need to kill the ‘terrorist bugs’ that are attempting to fulfill their ‘virginal’ quests.

We might find Einstein was partially right in his observation…but, idiots, we are not, even those using the cell phones, playing their games and forgetting how to socialize without cell phone messaging.

We are, after all, the United States of America. As our English brethren might intone in Winston Churchill’s fashion, “Let’s show these buggers what we have!”

Yes, I’m bad! Plugging my new book – the sixth and likely the final book in the Bailey Crane Mystery Series. Each of the books in the series stand alone… Really, shouldn’t you read these books? They’re fun reads, and Bailey always gets the bad guys! All twelve of my books (mystery, suspense, romance, memoir, politics, government) are presented on http://billyraychitwood.weebly.com.

4 thoughts on “Was Einstein Right?”