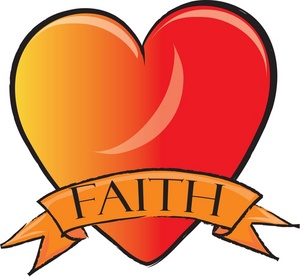 Of course, if we have paid attention in school and are lucky enough to remember, some of these questions are easily answered by Science: chlorophyll, sunlight, energy, photosynthesis…providing oxygen in the air…

Why do trees live longer than people?

Why are some people more intelligent than others?

The ‘whys’ of our living never end.

What if Death ultimately brings more fulfillment than the tactile and visual reality of what we call Life? Some of us fear Death, or, if not the event itself, the process by which we Die – a long prolonged death by cancer, by stroke, by a mind no longer functional in what most people would classify as normal. When the last breath is drawn and the body’s flesh lies in a soft plastic state, and an official master acknowledger of Death says it is so, when the family and friends stand mute and transfixed in that moment, unbelieving that the loved one is truly gone, what if the now missing energy of the deceased has really relocated to a unimaginable realm of beauty and peace, invisible to those of us remaining, but viewing in its new brilliance the mourning and now possessing a truth that bonds it with eternity?

For me, an agnostic can honestly question with humility a belief system based on religion. I have some atheist friends who have humility in their non-belief. I have seen some atheists who display arrogance in their non-belief and patronizingly see those who believe as intellectually challenged. Of course, each of us are free to believe as we are so inclined. The atheist’s argument gets weaker with each passing day. Science itself has agreed that the ‘big bang’ cannot answer all the questions relative to ‘first cause’, evolution, hate, love, hell, and heaven.

Why not Faith? Why not belief in a higher authority beyond our orb? We believe and die, we experience the wonderful options of the hereafter. We do not believe and die, perhaps the options are not so great, or, not at all. So, it can be said that I can live with my faith, die, and there are no eternal rewards, just, well, black nothingness. In such a case, though I believe it impossible, my Faith is for naught. Thus, my tenuous beliefs in a Higher Authority are based on some amazing everyday miracles like birth precision, love, miracles, moon, ocean, sea, science, sun, sunrise, sunset, and throw in some historical documents like the Old and New Testaments, scrolls, and the overwhelming numbers of believers throughout the world.

Bad and good coexist side by side for a purpose. Do I know the purpose? No. A son, a daughter dies in illness or in a horrible way, leaving the parents bereft and paralyzed with grief. An earthquake, a flood, a tornado, a tsunami, takes tens of thousands of lives, and our hearts and souls take tumbles. People love, marry, divorce, re-marry…love ebbing and flowing. Do I know the purpose? No. But, I do believe that there is a reason for every action, deed, and thought of Man that goes beyond mortal understanding. My only badge for that belief is Faith. Perhaps there are some things the intellect computer cannot print out.

The question to be begged is, why would you not have Faith in a Higher Intelligence, the possibility of eternal peace? There is enough darkness in life to go with the light. Why not believe something much better is awaiting us at death? Who can answer with certainty the question, ‘What happens at death?’

Now, I hope to pleasantly engage you with a promo for one of my books. The title of the novel is, Murder in Pueblo Del Mar. This ‘Bailey Crane Mystery’ was inspired by an actual murder of an Arizona wife and mother while on holiday in Mexico along the Sea of Cortez. It was a particularly brutal homicide and my fictional account uses the forensics of the day and draws the characters as my mind perceived at the time. It is, like all my ‘Bailey Crane’ books, not the usual detective caper. ‘Bailey’ tells the story, fusing and musing the elements while filling out some details of another sad and personal story which also has some authenticity…not only for ‘Bailey’ but for the author himself.

Please give it a read, and, if convenient, give it an amazon review. Thank you. 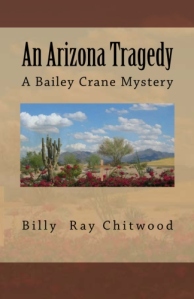 My links appear below:

Proudly presenting my BLOG AWARDS below:

13 thoughts on “Life and Death”