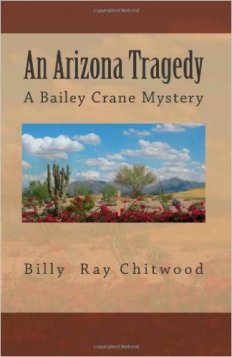 A book inspired by the

brutal murder of a young actress.

I fell in love with it the first time we met so many years ago, after a long drive from California.

Those were the days when I ran loose and let the world wait for me. There was some work but it was mostly play – enjoying film work, television commercials, even had a starring role in a stage play at the Phoenix Little Theater – The Pleasure of His Company… A real ‘hoot’, and it even got great reviews in both Phoenix newspapers.

My play time was often with some attorney buddies – cocktail hours, playing Liar’s Poker but for the most part, it was I chasing the pretty ladies. Ever so often one of those pretty ladies would come along and I would suspend my operational procedures…until our time was over… Okay, I was a very nice guy but a ‘lotus eater’ of the worst kind.

One of my attorney buddies had a lovely lady as their receptionist and secretary. She was also a very dear friend of mine and of some of the ladies I dated. And, she had been the one to get me into acting, TV commercials, and modeling. Carmen had her dreams of home and hearth, someone to love and with whom to grow old.

This is her story! The forensic details are all pretty much true, but I have fictionalized and imagined some events in the book.

By all accounts, Carmen spent her last night of life at dinner at a nice and well-known Phoenix restaurant with her boyfriend. After dinner it is supposed Carmen followed in her own car her boyfriend to his apartment.

That was basically what was known at the time.

Carmen lived with her mother and two children in an apartment complex across the street from an elementary school.

The morning after the dinner, Carmen’s car was found on the side of the road next to the elementary school, car doors open, and her purse in the front seat area.

Then, it would be many weeks before Carmen’s body was found in the northeast section of Phoenix by two rock hunters. She lay in an arroyo, ravaged by the summer heat and the denizens of the desert. It appeared the perp or perps stopped dragging her body across the desert floor every few paces to drop heavy rocks on her head…presumably making sure she was dead. So much of forensic value was lost with the passage of time and summer monsoons.

After all the years I decided to write a series of mysteries. The series is called the Bailey Crane Mystery Series – Books 1-6.

An Arizona Tragedy – A Bailey Crane Mystery – Book 1, is the first book in the series and it is about the awful tragedy that brutal murder created            .

Sitting here, writing this post, I want to tell you so much more… But, suffice, the book represents in some small way my closure. Of course, I hope you buy the book and meet Bailey Crane…yeah, he’s a lot like me.